XP emphasizes radically collocated teams sitting together in a shared workspace. Some of the XP thought leaders claim that anything less than that will cause significant reductions in productivity. In some situations that may be true but it hasn’t always been my experience when I’ve worked on distributed teams. 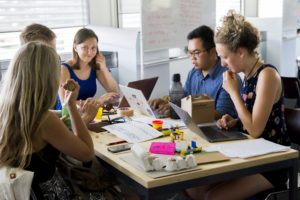 I like face-to-face conversation and I’m a strong believer in radically collocated teams. However, I also recognize there are tradeoffs and sometimes distributed teams augmented with other forms of communication can be productive and cost effective.